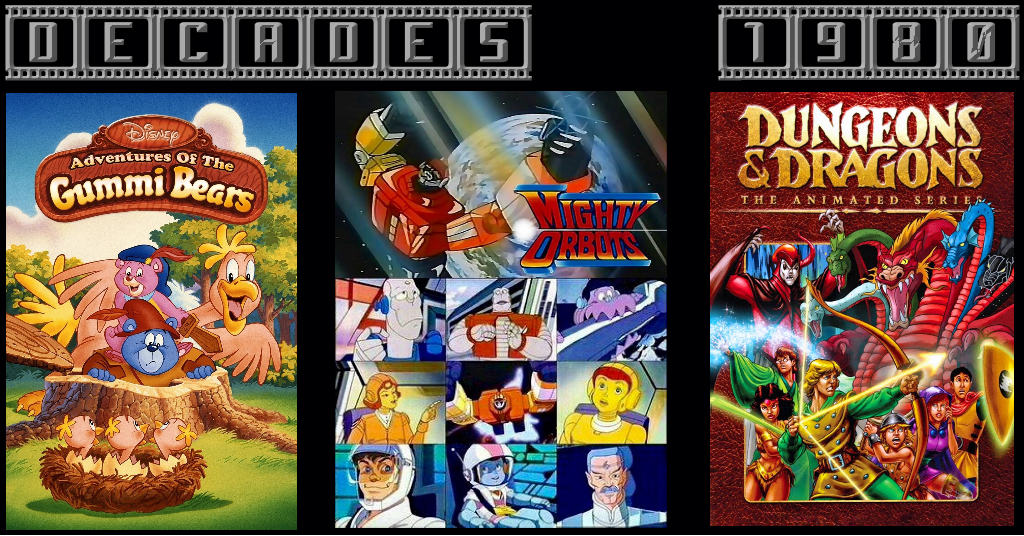 Today’s world offers many relatively new conveniences that past generations did not have. Instant communication wherever you are via a palm-sized computer that also provides access to an endless stream of information, like having every book, magazine, news and encyclopedia at your fingertips 24 hours a day, seven days a week. Entertainment is just as available with TV stations switching to streaming services instead of scheduled broadcast and even scheduled programs exist on so many channels, that choosing what it have to watch went from ‘There is nothing’ to ‘I can’t decide, there are too many choices’. It’s all wonderful, and I love it, but I feel like there’s also something lost with it. Not having endless knowledge and entertainment on my own as a child meant I learned the joyful excitement of anticipation, especially when it came to Saturday morning cartoons.

For younger kids you might not understand this, but Saturday morning was a special time for kids, all three major networks (we only had three channels at the time) were showing shows specifically for kids . I believe the idea was that a child could pour out their own bowl of cereal, squat in front of the television and be entertained for hours without having to wake the parents, who desperately needed the recharge provided by sleep and without getting into any trouble. Saturday morning has become a sanctuary for children and a respite for parents. Each fall, the networks released new seasons of existing shows and began new shows. For me, the 1970s is what I grew up watching, and in the 1980s I was starting to phase out some of the more childish cartoons, but there were a few that still caught my eye. I’m not sure I would have admitted as much to my peers back then, but even in my early teens I still loved getting up, fixing my Captain Crunch bowl, and letting the colorful animated worlds wash over me. And now that I’m in my 50s, I look back on that time as some of my fondest memories. Simpler time!

This article will look at three of my favorite Saturday morning cartoons whose first episodes came out in the 1980s. This is by no means a complete list of everything that aired or even everything I liked, these are just the shows that come to mind when I remember my Saturday morning ritual.

Powerful orbots (1984) – The mighty orbots was a Japanese-American joint production similar to Voltron and Other Similars, which featured a giant robot created by joining other robots or ships together. The animation definitely had an anime vibe to it, which is probably what first caught my attention. The characters all had a very 80s rock and roll look with vibrant colors and amazing use of light effects. The movement in some of the fight sequences was fluid and almost like an intricate dance. There was humor, music and generally a lesson to learn, all combined with action and adventure. More than any episode, what I remember is the look and feel of the artwork and characters.

The adventures of the gummy bears (1985) – At first I thought a candy-based cartoon was going to be silly, but it soon became a guilty pleasure and one of my favorites. The Gummi Bears live in a hollowed-out tree called Gummi Glen and harvest Gummi Berries which, when processed properly, form a potion that gives the drinker increased strength and elasticity. The Gummis have a deep and rich history and are considered legend to most humans, but few know they exist. The gummis and humans lived together in harmony, but the greedy humans wanted their magic and technology and now most of the gummis are gone. The episodes were incredibly rich in detail and surprisingly well written. Where the animation wasn’t as good as the Mighty Orbots, the voice talent was great, but what most people remember is the theme song. This fucking song is still going through my head almost 40 years later.

Dungeons and Dragons (1983) – I saved the best for last. It’s one of my favorite cartoons of all time. Six friends are transported by a magic carnival in the kingdom of “Dungeons and Dragons”, they receive magic weapons, which precisely reflect their personality. With the help of the wise Dungeon Master, the group travels the land in search of a way to return home, while helping those they encounter. Their main adversaries are Venger, a powerful wizard and Tiamat, the five-headed dragon. The episodes were very well written and the characters so memorable. Even though the series was episodic, there was a storyline that unfolded throughout. There was magic, mystery, adventure and humor. If any cartoon deserved a live-action remake, this is it. I understand that a Dungeons and Dragons movie is in production, but I don’t know if it will follow the cartoon or be its own story based on the TSR game.

Well, that’s just a very brief review of three of the Saturday morning cartoons of the 1980s that helped me become the man I am today. There was a kind of purity to the shows that came out when I was growing up, and I often wonder if society wouldn’t be better off if more kids had the sanctity of Saturday morning cartoons. That precious time when most of the world was still asleep when they could safely imagine other worlds and other beings, where they could be heroes, they could be themselves and above all, they could be children in a very crazy world.