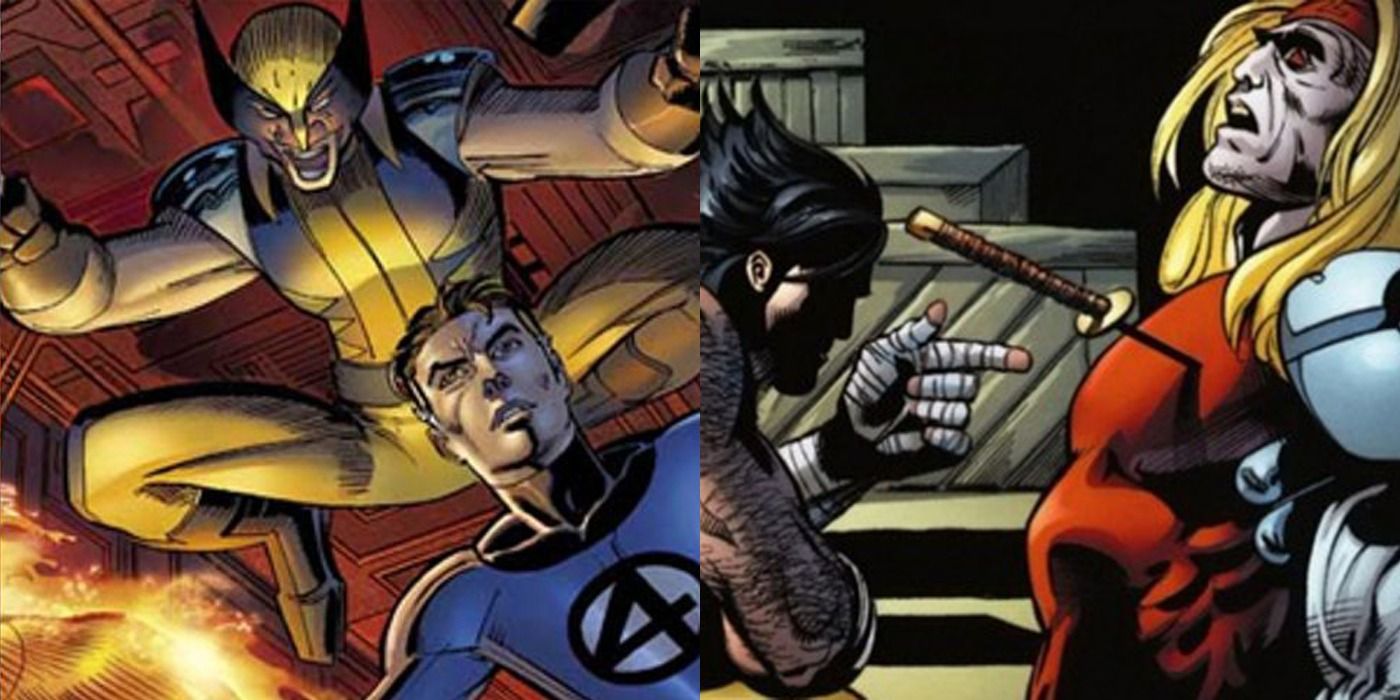 10 most powerful characters Wolverine killed in the comics, ranked

Wolverine has been one of the most popular mutants in the Marvel Universe for years. However, while he is a powerful mutant hero and staunch member of the X-Men, he is also a cold-blooded killer. He has no problem taking out an enemy if he thinks it’s best for the world, and he has a problem with his rage that can cause him to lose control at times.

As a result, Wolverine has killed a few Marvel heavyweights in his life. In the mainstream Marvel Universe, he’s murdered some of the most powerful mutants in the world. He also has alternate-world counterparts who have done even worse than that, and his kill count is not only higher than most Marvel superheroes, but he also has some very notable names.

When you think of Marvel’s heavyweight heroes, Moria MacTaggert isn’t usually someone that comes to mind. However, things changed after Powers of X when Moira revealed that she was a mutant and that her powers were not only huge but undetectable. When Moira dies, she reboots and is reborn along with her usual birth.

Moira has lived 10 different lives, and she has memories of each of them. She lived more than a hundred years into the future, went through many wars and catastrophes, and that is the reason why Krakoa exists today. Krakoa’s birth came after Wolverine killed her so she could come back with the information about Nimrod, the deadliest threat of the mutant genre.

Wolverine had a son he never knew with Daken. Because Daken felt his father had left him behind and didn’t care, the young mutant became a villain and proceeded to hurt his father whenever he had the chance. Daken even joined Norman Osborn’s Dark Avengers and replaced his father as Wolverine for a while.

Daken had almost the same powers as his father, but without the intelligence or maturity to use them effectively. Wolverine knew what it took to beat his son and did it in Final execution. The only way Wolverine would die and stay dead is to drown and that’s what he did to his son.

Omega Red is a mutant who has regenerative powers similar to Wolverine. The Russian mutant is also one of the most untrustworthy, even trying to sell the mutants after they settle in Krakoa.

Omega Red is extremely powerful, as he is not only a mutant, but also went through the Russian Super Soldier program. Its power is to feed off the energy of its victims, like a vampire. However, his feud with Wolverine led to his downfall. Wolverine rammed Murasama’s blade into Red’s heart, and it’s the only weapon that no one can resurrect from. Omega Red went to hell and even fought Wolverine later when Logan found himself there for a short time.

Omega Red isn’t the only person to die by the Murasama Blade. One of the most enduring feuds in Marvel history has taken place between Wolverine and Sabretooth, two men almost equal in power. The two started their feud many years ago when Sabretooth killed Wolverine’s lover, and then returned every year after that on Logan’s birthday to beat him to near death.

That it all ended in Wolverine # 55. Like every year, Sabretooth showed up to attack Wolverine on his birthday. This time Logan was ready. He fought Sabretooth in a snowy landscape, then Logan pulled out the blade and beheaded his longtime nemesis, killing him once and for all.

One of the most powerful mutants in Marvel comic book history was Magneto, the master of magnetism. He proved his power at one point by ripping the Adamantium skeleton off Logan, leaving the mutant weakened and nearly dead.

In the Age of Apocalypse, Legion traveled back in time to kill Magneto but accidentally killed Charles Xavier instead. As a result, Magneto became the leader of the X-Men. After the fall of Apocalypse, Magneto felt he had won but never realized that Weapon X – Wolverine – was Apocalypse’s successor. Wolverine killed Magneto and picked up where Apocalypse left off.

Wolverine was one of the heroes who tried to cross time to stop the Age of Ultron to occur. The goal for Logan was to go back to the beginning and kill Hank Pym before he could create Ultron, one of the coolest and most intimidating villains of the Avengers, in the first place. He killed Pym and returned to the main timeline to see things were even worse.

This caused Wolverine to try and fix his mistake, so he went back in time and this time intercepted himself, trying to stop him from killing Hank Pym. As Wolverine comes to a halt, his variant doesn’t believe he can go on living knowing what happened in his future and asks the other Wolverine to kill him before returning to his time.

Moviegoers saw Wolverine forced to kill Jean Gray in the movie X-Men: The Final Showdown to prevent him from destroying the world as Dark Phoenix. The scene where he killed her was also a comic book panel. In the mini-series X-Men: Phoenix – Endsong, the Phoenix Force once again controlled Jean.

Jean had hurt a lot of people and done a lot of bad things as a Phoenix. As a result, she wanted to end her life to prevent the Phoenix from destroying the world. She asked Wolverine to end it for her, and knowing he had no choice, he dug his claws into Jean and stopped Phoenix again. Phoenix resurrected her, and Logan had to kill her six times before she finally remained dead.

There is no being on Earth more powerful than the Hulk. When it comes to beating the Green Goliath it usually takes multiple heroes and even then they have a hard time stopping him. In history the old man loganWolverine came out of retirement when the Hulk’s children showed up to kill Logan’s family.

RELATED: 10 Ways Logan Is The Best Wolverine Movie (By Far)

The start of the old man logan was tragic in every way. The villains of Earth had decided to team up to take down all of Earth’s heroes and succeeded. However, Wolverine played a part in that and it shattered him. He went to the Xavier Institute and found it overflowing with bad guys.

Wolverine swept through the school in rage and killed all the bad guys there. However, this was all just an illusion of Mysterio and in reality Wolverine killed every member of the X-Men in a savage rampage, wiping out the most powerful mutants on the planet in a savage fight.

1 Villains of the Marvel Universe

Stripped of his morality and conscience, Wolverine brutally killed Spider-Man, Luke Cage, and Iron Fist and severed Captain America’s leg. He then killed other people, including the invisible woman, Magneto and Captain America, in a final fight before Kitty Pryde finally gave in and lobotomized him.

NEXT: 10 What if? Stories that destroyed the Marvel universe

Shawn is also a published author, with a non-fiction book about the directors of Stephen King Dollar Baby and has also started work on a new fiction series. Visit Shawn Lealos’ website to learn more about writing his novel and follow him on Twitter @sslealos.

New platforms for a funny couple