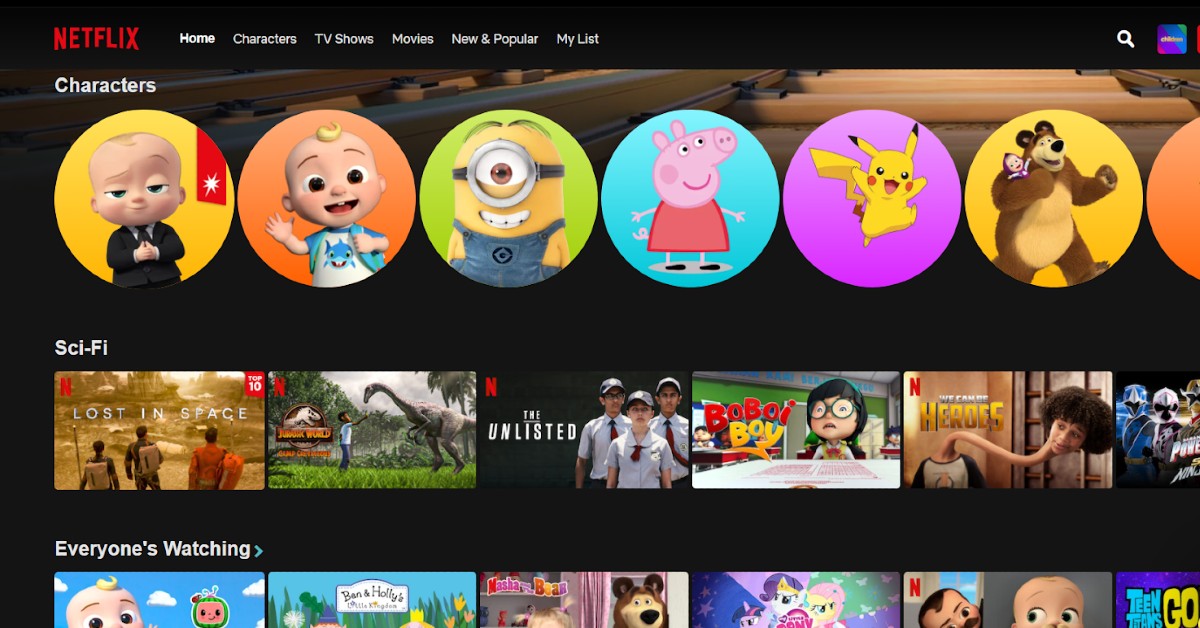 We adults have plenty of entertainment options, including great movies or exciting TV series to binge-watch on Netflix. Kids, on the other hand, just sit in front of the TV and watch an episode over and over again until they get bored of the same. Well Netflix has a kids section and we have compiled a list of kids shows and cartoons on Netflix that your kids will love to watch.

Whether it’s a fun show they want to watch after school, or teaching your little one new words. There are tons of movies and TV shows to watch. Consider giving me the time you deserve while your kid is watching these cartoons. Try a few shows from the list below.

StoryBots are an interesting and creative way to teach your kids good habits. The cartoon has an interactive way of teaching why we have to brush our teeth at night and more curious questions as such are answered by these five little creatures. There are 3 seasons to watch and the show is great for ages 3 and up.

Three little scientists doing experiments in their lab with science. This is an ideal interactive show for children ages 4 and up. The series is a light show, which will keep your children glued to their seats. Currently, the series has only one season and more will be available soon. It will also make your kids curious about science which will lead to good educational roots.

Arlo and his unique friends live in a boring New York neighborhood and now they’re finally planning to make it their own way. The show teaches the importance of friends and good ethics with tons of great songs that you and your kids will love to listen to every day. The wacky show is great for kids ages 6 and up with only one season to watch and more to come.

Does your child like action and cars? Fast and furious is what he / she will love to watch. This is a toned down animated version inspired by the movie. The government recruits teenage pilot Tony Toretto and his friend to fight street racing criminals as undercover agents. The series has 5 seasons to watch and is suitable for ages 9 and up.

Also Read: How To Use Snapchat Baby Filter in 2019 (Updated Guide

If you are a kid of the 90s, you know the Johnny test. A clever 11 year old boy who works with his 2 assistants (sister) and a genetically modified talking dog to save his family and the world from disasters. The episodes are thrilling with good animation improved over the years. These kids use almost impossible science to make the storyline even more exciting. There are 2 seasons of this cartoon and your kids aged 7+ will absolutely enjoy watching kids cartoons on Netflix.

Another cult classic TV show your kids ages 7 and up will enjoy. A sheep Shaun and the faithful dog Bitzer help the farm with all the good stuff and in between have fun and mess with other pigs. Most of that fun turns into a big fun disaster and now it’s up to the Smart to fix everything with the help of the gang before the owner sees it all. It has hours of fun for your kids.

I have heard of the famous children’s cartoon “Chota Bheem”, and well the Bheem of this series is even more “Chota”. The story revolves around an innocent toddler who has a bundle of curiosity in his head. The kid has extraordinary power, which leads him to mischief and long brush adventures in his small village in India. Anyone can watch this show with 2 colorful and interactive seasons to cover.

Have you watched Jurassic Park movies in the past? The series follows the same path with great animation and a bit of a tweaked storyline. Lucky Darius wins a lucky chance to go to Isla Nublar for a unique adventure with 5 other people. The island is made up of many dinosaurs and research facilities that attempt to revive them.

Like in the movie, things start to go wrong and they have to save their lives from creepy carnivores. As the scenario is a bit scary, it is advisable to let your children watch if they are 11 or older. This is one of the best children’s cartoons on Netflix

Who doesn’t know and don’t love PokÃ©mon? The series has kept kids glued to their seats for centuries. And the classic is still available for you to watch, whether it’s your kids or want to go back in time. The Pokemon Sun and Moon series is suitable for ages 7 and up. The story has the main character named Ash who lives in a world full of pokemon with other people, he aims to become the best pokemon trainer ever to go on a journey where he is “I have to catch them all! “.

The Boss Baby is back in business with his big brother Tim. Netflix took the movie Boss baby and took it a step further by continuing the story in a short animated series. The baby arrives home and has an instant sibling rivalry with Tim. Later, Tim finds out that the Boss Baby is a secret spy who is there to defeat enemies. The same story continues with the baby doing all kinds of secret missions with a team of other agents (babies).

These are 10 kid-friendly cartoon series that you can let your kid watch on Netflix. We are sure they will love it, learn new good things and have a great time having fun. We recommend that you take parental precautions and be responsible for the time your children stay on the screen.

For the latest gadget and tech news, and gadget reviews, follow us on Twitter, Facebook and Instagram. For the latest videos on tech and gadgets, subscribe to our YouTube channel. You can also stay up to date using the Android Gadget Bridge app. You can find the latest news on cars and bikes here.