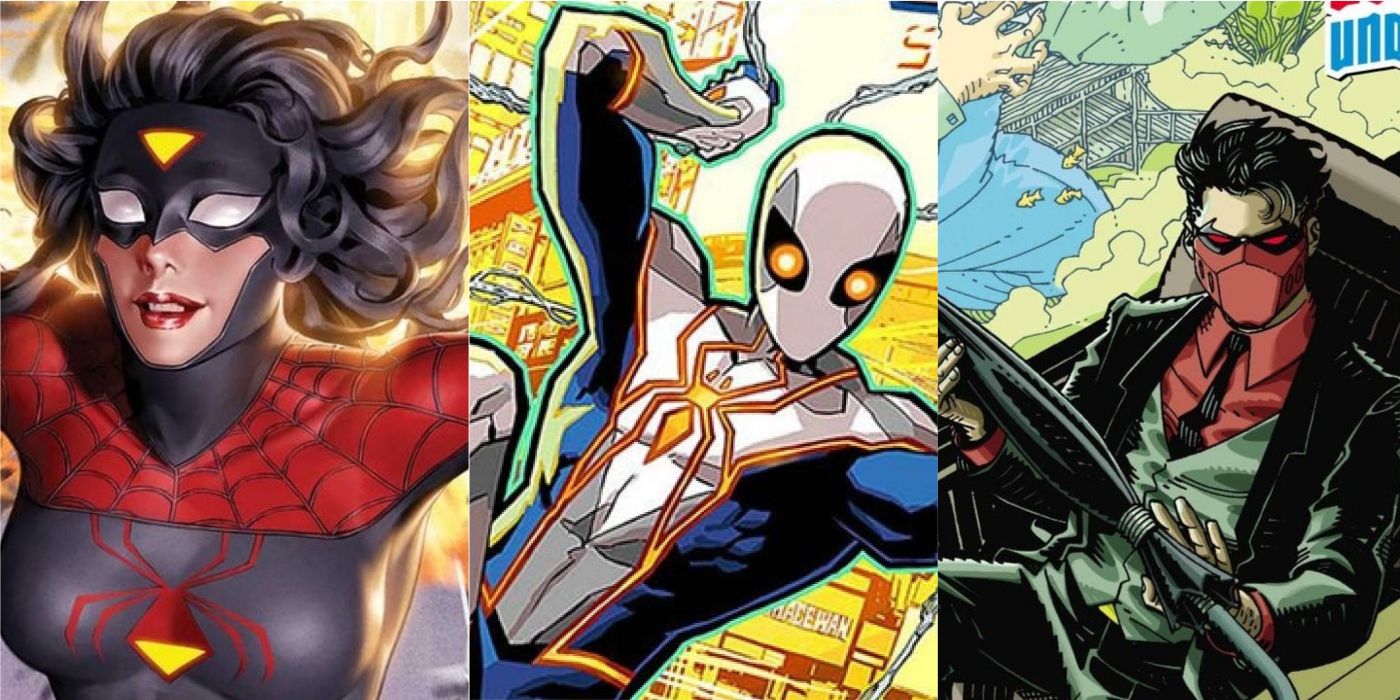 
It’s easy to forget sometimes that Marvel and DC Comics superheroes are just people behind masks and capes. With the exception of someone like Thor or Aquaman, these are individuals who have to go to normal jobs (sometimes) when they’re not fighting the bad guys and saving the universe.

RELATED: 10 Avengers Comics To Read While Waiting For Black Widow

Sometimes they need to earn some quick cash for an emergency or just to pay rent, which sometimes means they have to do odd jobs or do someone a one-time favor to earn that money. It can take the hero to some pretty weird places and do some very weird things.

It’s easy to forget that for all that Wolverine went through at the hands of Weapon X, he deliberately joined them in the beginning. By this point, Logan was already a soldier through and through, so joining an outfit like Weapon X and the CIA for cash was a natural fit. Weapon X was already wary of mutants, and they loaned Wolverine to the CIA to be part of Team X.

Team X consisted of Wolverine, Sabretooth, Maverick, Silver Fox, Mastodon, and Johnny Wraith / Kestrel. He ended up leaving the team after their first meeting with Omega Red and then joined the K department in Canada.

After the fall of Hydra at the end of Secret Empire, the Winter Soldier set off on the road. With the help of Sharon Carter, he set up a system in which he would help extract low-level members of criminal organizations like Hydra, AIM, The Hand, and others.

This was short-lived, as Bucky quickly encountered RJ, a teenage assassin trained and programmed by Hydra. RJ became Bucky’s own sidekick for a while, but it led to further drama as Hydra’s lineup proved difficult to decipher.

This is a totally bizarre example from the DC side. They say that you are more likely to be struck down than to win the lottery; Wally West has accomplished both. After the loss of Barry Allen during Crisis on Infinite Earths, former Kid Flash Wally West took on the role of Flash.

Soon after, Wally won $ 6.5 million in the lottery. This led to Wally buying a mansion and he had a series of tumultuous relationships around this time. He then abandoned the mansion after his powers became particularly chaotic, and he became a loner in Swainsville, New Mexico. After this was resolved, he moved to Keystone City – the home of the original Flash, Jay Garrick.

This is actually how Scott Lang became the Ant-Man. Scott was already an experienced thief when his daughter, Cassie, was diagnosed with congenital heart disease. To pay for his operation, Scott broke into Stark Industries and found the Ant-Man suit there, as Hank Pym was working for Stark at the time.

After observing Scott and understanding why he went to such extremes, Hank decided to let Scott keep the costume as long as he became a hero instead of pursuing his career as a thief. Scott even got his own job with Stark soon after.

Dick Grayson to become a taxi driver is not in itself a crazy idea; however, the circumstances surrounding this career are quite far-fetched. Dick had been shot in the head by the KGBeast, and brain damage cost him pretty much his entire career as Robin and Nightwing.

Dick cut all ties with the Batman family, gave up his role as Nightwing, and became a taxi driver in Bludhaven. However, a team of other people found Nightwing’s suits and equipment and became a Nightwing team. Dick, still retaining the muscle memory from his combat and acrobatic training, felt responsible for helping the new Nightwings team. Eventually, Dick regained his memories and the Nightwings retired with the return of the original Nightwing.

Before becoming Hawkeye or Avenger, Clint Barton and his brother, Barney, fulfilled the childhood dream of running away from home and joining the circus. There, they acquired archery and acrobatics training with the Swordsman – another future Avenger.

Eventually, Clint left the circus and joined Black Widow in a criminal crusade, first appearing as an Iron Man antagonist. Both Hawkeye and Black Widow later became Avengers themselves.

Guy Gardner is definitely a different kind of superhero. He is brash, arrogant and has a strong mouth. He often upsets his fellow students and began his career as a Green Lantern by starting a feud with Hal Jordan, then Green Lantern, and, later, John Stewart.

Most recently, Spider-Woman Jessica Drew accepted a position as a bodyguard for Michael Marchand, a wealthy pharmaceutical executive. It was to be a one-time job to help make ends meet for Jessica and her son, Gerry.

Unfortunately, things got complicated when Jessica suffered some form of mutagenic disease due to her powers and she found out that Michael was in fact her brother. Additionally, Michael’s daughter Rebecca had similar health issues. This led to a vast adventure that took Spider-Woman back to her own origins and her time with the High Evolutionary.

In another fairly recent story, the Red Hood made a big show of apparently killing the Penguin on the streets of Gotham City, which led to another major argument between Jason and Batman. Later, Jason Todd resurfaced in Gotham as the new owner of Penguin’s Iceberg Lounge.

Jason hired the Teen Titan known as the Bunker and former villains the Sisters Su as security, and things worked out well for a while. Sadly, all good things come to an end and the Penguin escaped Jason’s prison and eventually took back the living room.

1 Spider-Man broadcasts his superheroes live on the internet

In the most recent of these tales, Peter Parker found himself strapped for income. He’s working for another medium these days and they wanted to be able to put their audience in Spider-Man’s shoes. To accomplish this, they’ve designed their own new Spider-Man costume with cameras inside the mask that allow audiences to experience what it’s like to be the Web-Head firsthand.

On top of that, the audience can submit one-liners for Spider-Man to use while battling the bad guys. Unfortunately, a lot of them were pretty bad.

COP TALES: I love cartoons, especially when they lead to a suspect | Cop Tales by Brian Smith

10 things about Taskmaster that only comic book fans know